OK, to me it sounds like Jumanji! But that was today’s goal. Actually, it was yesterday’s goal, but we turned back for home as Jason hadn’t been feeling well. Today was much better so we took a round trip in the Westfjords.

It took about 4 hours along mostly dirt and gravel roads to get to this stunning waterfall. It was worth it. We drive the southern route from Holmavik. There were fewer houses, fewer cars, fewer hitchhikers, NO buses until we passed the falls. It was a wilder, more primal route than the north one. 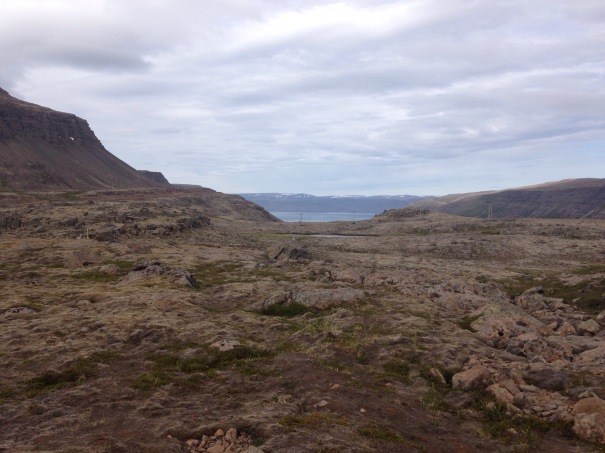 Of course, when we got there, there were plenty of tourists and buses. And I was clever enough to trip and land on my left knee while climbing up to take photos of the grand place.  My camera dropped, but it was OK, and I just got a bruise and a scrape.

Afterwards, we stopped at a turf house cafe and historical site for some warming coffee. Those that know me probably realize I don’t drink coffee. However, Iceland likes its coffee strong, and I’ve grown to like their coffee. With enough sugar, it almost reminds me of my beloved Cuban coffee. 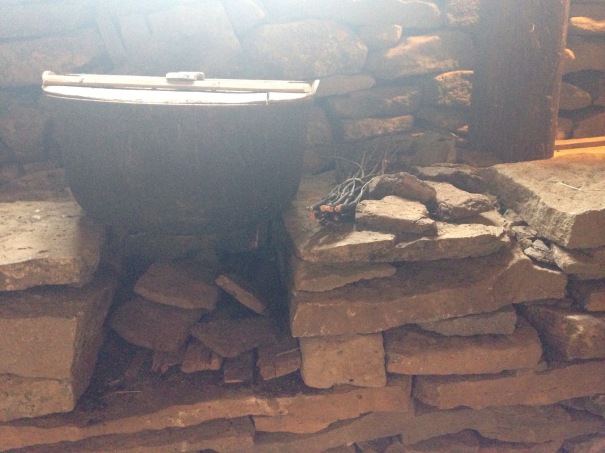 We went through a tunnel to get to Isfjordur. This was a long tunnel. It took us about 20 minutes to drive through it. It was one lane, with frequent laybys. It also had a T-junction inside! Turn left here – never seen that before.

In Isfjordur, we had lunch at Thai Koon, a food court style place and the food was decent.

Then we were back on the road again home. The wind picked up a bit as we returned, but the sun was still strong and bright. It was 13 degrees Celsius again today.

Tonight is our last night in Holmavik. Tomorrow we head back towards Reykjavik for our last two nights of adventure. Sigh. I found myself along a list of the things I needed to take care of when I returned. Oh, mortal life, why have you found me again?