Home › History › From the Wilds of the North to Civilization

From the Wilds of the North to Civilization 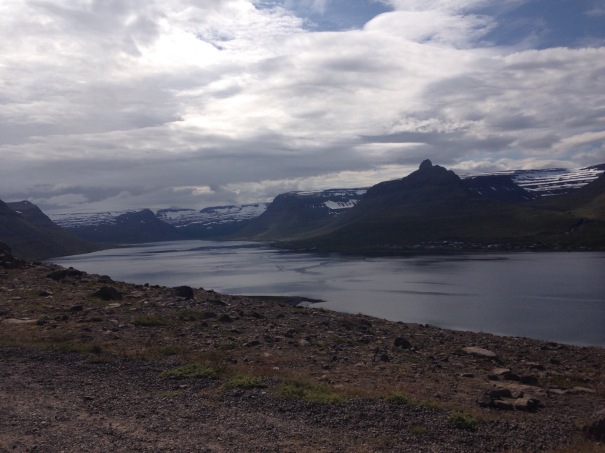 As I left the Westfjords this morning, I gazed at the barren landscape with poignant longing. Miles and miles of nothing is beautiful. I cannot imagine the challenges that those few brave souls who eke out their living in this harsh wilderness must face. I have a hard enough time dealing with the challenges of my own home in the country, like no food deliveries! ☺️

To scratch out a life from the hard-scrabble lava, with a two-month growing season, seems a fantastic accomplishment with little reward. Perhaps the fact that they can do it is reward enough for them?

I’m a city girl. I’ve always lived where infrastructure and options are rich. That sort of self-inflicted hardship was something I could never understand. But the beauty of the countryside when you wake up might just be worth it.

Heading south along the west coast of Icelandwe saw the trappings of civilization rise up one by one. Better roads, more farms, occasional towns, gas stations and fewer sheep/more horses.

I’m glad we stopped at Eirikstadir. This was the home of Erik the Viking, the man who settled Greenland, and whose son settled in America in Newfoundland. The house itself was interesting, but the was a storyteller relating the Vinland Saga inside by hearth light.

We continued to Grabrok Crater, but it was too high for me to climb with injured knee, and too crowded. There wasn’t a place to park. 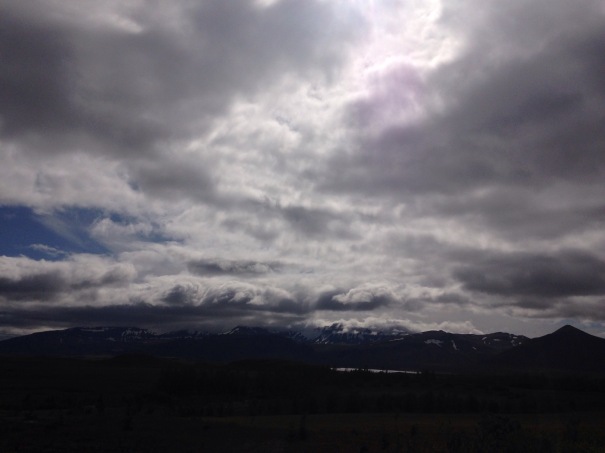 Glanni waterfall proved elusive. I found a sign for it, but all I found was a golf club and a map with no reference to the falls. And two different trails. Ah, well!

We stopped at Borganes settlement Centre for a somewhat cheesy but informative audio tour of the settlement of Iceland and Egil’s Saga. 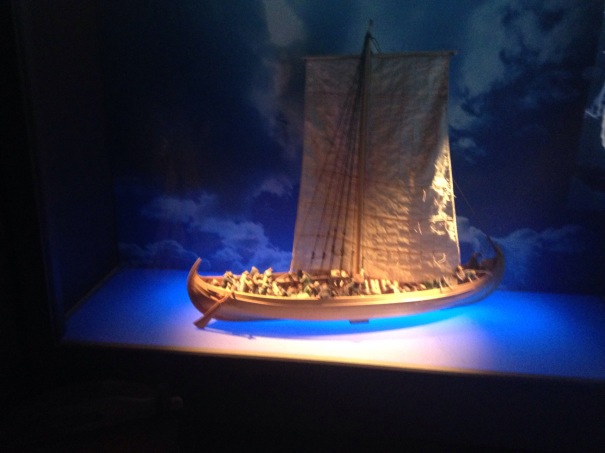 On down through the underwater tunnel and off past Reykjavik to Alftanes, a suburb of the city. Tonight’s lodging was at the Hlid Fisherman’s Village, a recreation of a Viking age settlement. Check in was at Hotel Viking, a Disney-fied Viking themed hotel and restaurant. 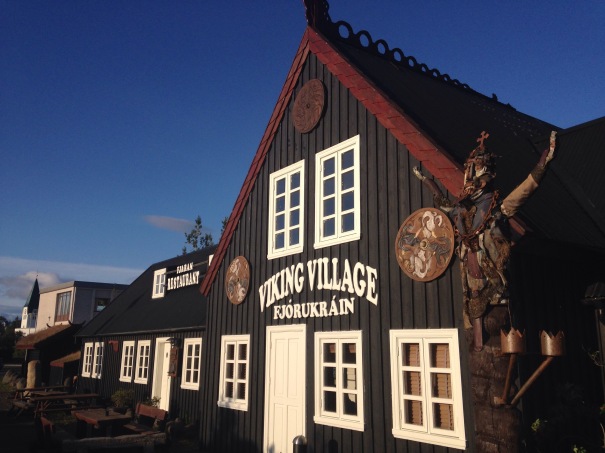 Hlid was on a small spit of land in the bay. It was lovely. Turf covered cottages with wooden decor and modern conveniences. Of course, the double bed was in a loft with a peaked roof, so you risked a banged head when you woke, and a small landing meant you had to be careful not to fall down the stairs as you got out of bed. 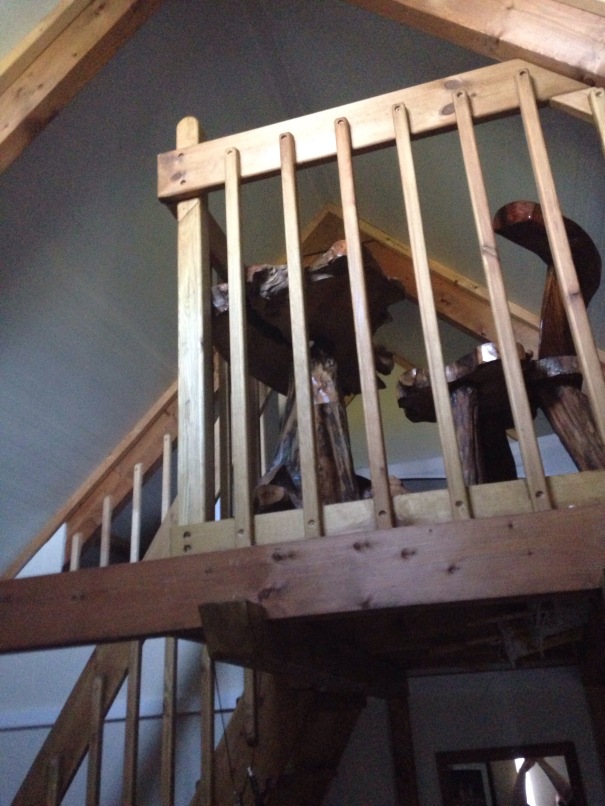 But the sauna in the bathroom made up for that and the odd tropical decor. Random parasols and iguanas abounded. 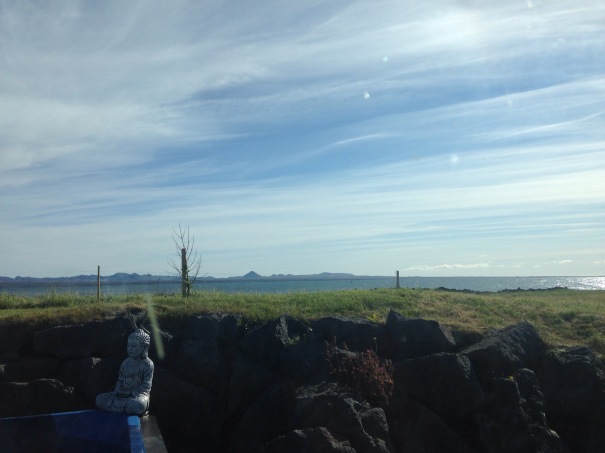 The view from our window was worth it.

Late lunch at a local burger joint, Hamborgarabullan, was tasty and greasy and just what we wanted. It had an American greasy spoon theme, rock posters on the wall. A couple of older men came in after U.S. – bikers with crosses on their leathers, smelling quite strongly of pot. Go figure!

The afternoon was for resting and checking out the TV. Mostly British stations, with a penchant for 80s cop shows. Strange stuff. After a couple hours, We headed back to Disney Viking For dinner. Delicious, peppery whale! I tried the guillemot (a seabird) but it wasn’t nearly as good as the puffin. Meat soup as an appetizer. And they had a Viking guy singing to the guests, table by table. The group next to us was Nowegian, so he sang the Raven song first in Icelandic, and then in Norge. But the second part was just “la la la la la” 🙂 Then he sang a snippet of a Norwegian song for them; he had a great voice.

When he got to us, he found out we were from the U.S.  The snippet he sang for us? Country Roads. I cannot get away from that song! I heard it five times in Ireland. Is it the only American song anyone else knows?

Next the singer dons a helmet and inducts a couple next to us (from Switzerlamd) into the Vikings. They had evidently just gotten married.

All cheesy fun, but fun nonetheless!

One comment on “From the Wilds of the North to Civilization”