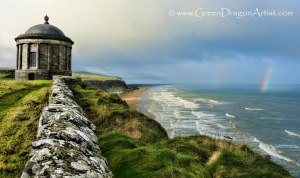 Mussenden Temple is a library situated on a cliff edge in County Derry, Northern Ireland. The beach it looks over was used in filming the Game of Thrones (when Melisandre burnt the Seven Gods). It was built in 1785, as part of the Downhill Estate, and is now part of the National Trust.

Downhill Demesne was an 18th century mansion that now lies in ruins, built by the eccentric Earl Bishop.He was his own architect. It has a three-story front, which faces south. there are two long wings in the back, which continue to outbuildings, forming courtyards. Facing the sea are two curving bastions. It was gutted by fire in 1851, which destroyed several priceless paintings and books in the library. 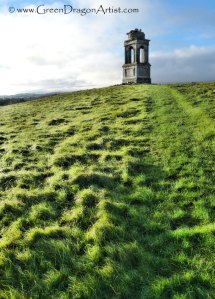 The Estate remained with a cousin’s family, Bruce, until 1948, but was requisitioned by the RAF during WWII. It was dismantled after the war. 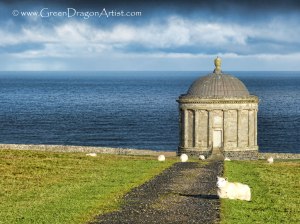 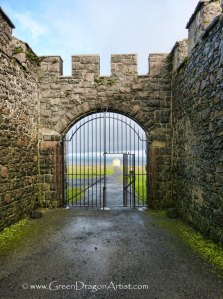