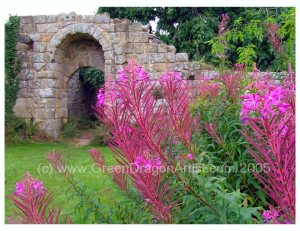 Yorkshire is lush with ruined abbeys, golden bones left over from Henry VIII’s rampage across the religious landscape of England.  Nestled among it’s rolling dales you can find Fountains Abbey, Rievaulx Abbey, Bolton Abbey, Ripon Abbey, Whitby Abbey – all of these are impressive ruins filled with arches, colonnades, and centuries of ghosts.  But one abbey is a bit more hidden, and a bit more magical.

Jervaulx Abbey, nestled near the city of Ripon, is a Cistercian abbey that has just about given up the struggle against nature, and is privately owned.  Please give a small donation to the upkeep as you wander around.  We went in August, and the fireweed was a stark, bright, pink contrast to the greenery that seemed to swallow the remains of crumbling yellow and orange walls.  Partial archways greeted us as we explored, the colors and scents filled our imaginations.  We had arrived late in the day, around 5pm, and therefore had it to ourselves.  There were doors to nowhere, clumps of growing things climbing partial archways, and the sound of evening birdsong was sweet background music. 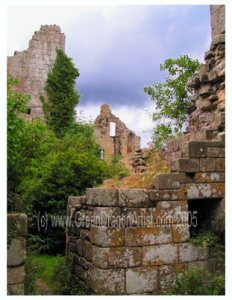 While many abbeys are situated on a hill and cleared of trees and foliage, this one seemed to be canopied with the small surrounding forest, almost protecting it from the glare of the open sky. 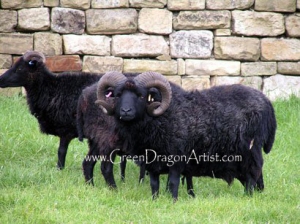 Across the road is a small café and gift shop, as well as a small nursery to purchase some of the lovely flowers that were growing in the abbey. 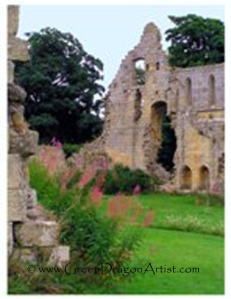