Posted on February 27, 2016 by Green Dragon Artist — Leave a comment

“But do you truly wish to marry her, Tadhg?”

He didn’t answer right away. Instead, he picked up one of the small, flat stones on the bank and threw it into the river, making it skip four times before finally sinking into the sparkling ripples.

“She wouldn’t be my first choice, no.”

My heart leapt in my chest. Could I have been his first choice?

He stopped fiddling with a second stone and looked at me. His eyes were sad, and the sudden spurt of hope died. “But it is my duty, and what the king wants. And she is amenable to the match. I cannot gainsay this decision, Nuala. You know that.”

I swallowed my angry answer. No amount of railing or ranting would change the facts, that was true enough. The only hope I had left lie in desperate measures.

Taking a deep breath, I asked, “What if… what if we… lie together? Would that change anything?”

He closed his own eyes and said nothing.

“I… I know it wouldn’t be a grand experience, not the first time. But we would learn! And if we were together, perhaps your duty wouldn’t be so immutable.”

I wasn’t sure what I was suggesting, not really. I knew I wanted Tadhg, like I had wanted no other in my life. I wanted to lie next to him, and feel his hands over my body, to kiss him and be one with him. And I thought that if he had a love, he might not be suitable for marriage to a king’s foster-daughter.

But in my heart, I knew this last wasn’t true. Kings and queens took lovers all the time. As long as the spouse had no objection, there was no harm done. It was, after all, simply love, and not property being shared.

Tadhg was shaking his head. “I’m not built that way, Nuala. I must have one love, and one love only. I would feel too torn were I to take a lover. And that wouldn’t be fair to you. I still must marry Aillbha, and you will need to wed whatever young man your father wishes.”
Suddenly fed up with a fate outside my control, I shouted, “I won’t! I will never marry, if I can’t marry you!”

I pounded my hands on his chest, but he caught my elbows and drew me into a hug. I struggled. I had no wish to be coddled just now. I wanted to rage, rage against my destiny, rage against the strict rules of the royal life. 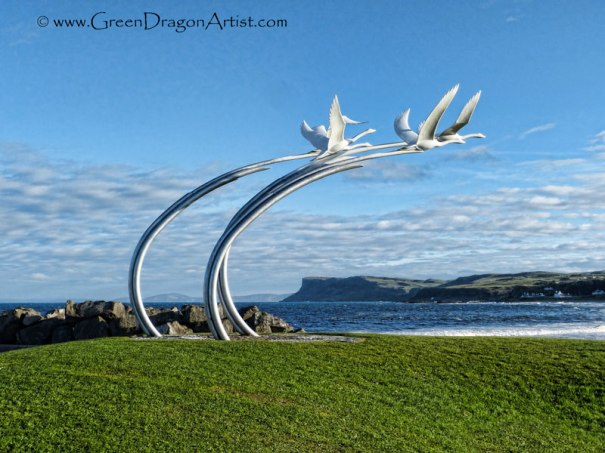 – Better To Have Loved