Home › Writing › Books similar to mine, per Amazon?

Books similar to mine, per Amazon?

Posted on November 30, 2016 by Green Dragon Artist — Leave a comment
I wanted to conduct an experiment.
.
Amazon lists an arguably helpful group of books under ‘Customers who bought this item also bought…’
.
But were these books really comparable to my own? Was the writing on the same level, the genre similar enough to appeal to my fans? I looked at those listed for my first book in The Druid’s Brooch Series, Legacy of Hunger. 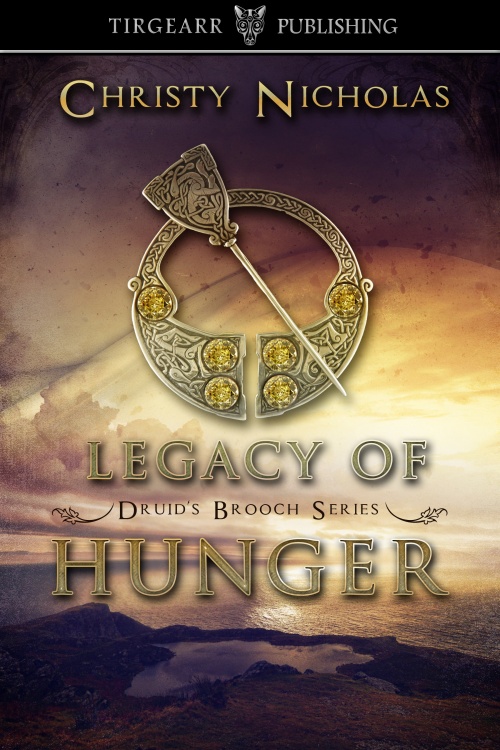 .
As a bit of background, Legacy of Hunger is historical fantasy set in 1846 Ireland.
.
I bought several books on this list and read them, just to see how close that metric really came.
.
I did concentrate on those that had a higher number of reviews than my own, simply because those are presumably the most likely to be higher in quality. I want to look for works to emulate, not fuel my ego.
.
The 400-lb gorilla in the room was, of course, Diana Gabaldon’s Virgins, an Outlander novel that was released recently. It had over 800 reviews, and of course, Gabaldon is a blockbuster bestselling author. I’ve met her at Dragoncon, she’s fantastic, and I’m a huge fan of her books. The story was one of adventure in historical Europe, between men during a war. She is actually my inspiration. There is no way I am on her level, but a girl can dream, can’t she?
.
The next biggest one looked very similar to my own. It’s a boxed set of the Emerald Isle Trilogy by Renee Vincent. While these are definitely romance books, and set in medieval times with Vikings, I could see some of the similarities in writing with my own books.  I think my writing in my first book is about on par if not a bit less purple and melodramatic than hers. However, I am of course biased.
.
The third book I examined was The Girl on the Mountain by Carol Ervin. While this wasn’t Irish, instead set in West Virginia, the story was more similar to my own. A quest of a young woman to find her family. Her writing style also seemed to be on par with my own, with similar voice and internal dialogues. I liked the story a lot, and felt true sympathy for the main character.
.
Granted, a choice of three books out of 100 wasn’t a scientific sampling by any means. However, it looks like the books ranged a lot in subject matter and style, with some outliers in terms of talent level (like Gabaldon being WAY outside of my league). The others were more comparable.
.
Perhaps Amazon wasn’t all that wrong in its suggestions. Of course, some of the other options were pure historical books, tiem travel novels, romances, and pirates. Pirates??
*****

– The Enchanted Swans – Historical fantasy set in 500 BCE Ireland, based on The Children of Lir, an Irish Fairy Tale. Tentative release date March 8, 2017!