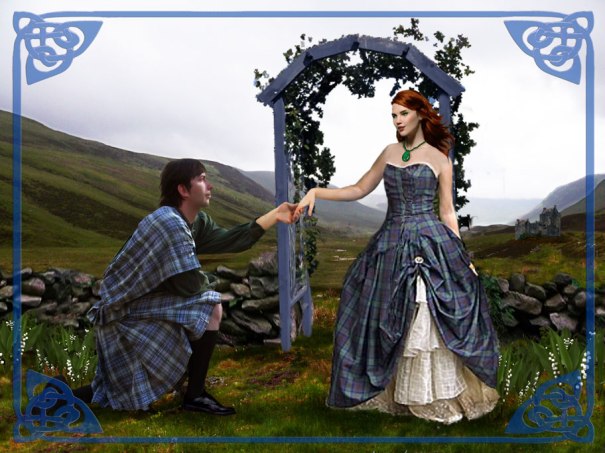 Beltane evokes images of Maypole dancing and pagan delight. And well it should!
Beltaine, Beltane, or Lá Bealtaine in the Irish, is a Gaelic festival celebrating the halfway point between the spring equinox (March 21) and the summer solstice (June 21) (opposite for the southern hemisphere). It is one of four fire festivals of the ancient Celts, including Lughnasadh (Aug 1), Samhain (Nov 1), and Imbolc (Feb 1).
Traditionally, Beltaine is when cattle were taken to their summer feeding grounds or pastures.  Cattle would pasture in the lower elevations during the winter, and the higher plains in the summer, to avoid over-grazing. Rituals were performed to protect cattle, the most important currency of the agricultural communities of the ancient Celts. Bonfires were lit, and the cattle driven through the smoke to cleanse, protect, and bless the livestock. All house fires would be re-lit from these fires to bring those blessings into the home.
A large feast would be laid for Beltaine, and May flowers draped everywhere. There are many customs and rituals for local celebrations for May Day or Beltaine. In Ireland, the sacred center of the island, the Hill of Uisneach, was the site of such ceremonies for millennia, as well as many other sacred places.
There is an ancient stone circle dedicated to Beltaine called Beltany Stone Circle, in County Donegal, Ireland. I was lucky enough to visit one year in November, and I had it all to myself, except for the sheep. Photos of that place are included in this post.
Standing stones were often seen as portals to the other world, full of magic and mystery. Even in modern times, novels such as Outlander by Diana Gabaldon use them as magical portals to the past.
For many pagans, Beltaine was a time that the Fair Folk, the sídhe, the Fairies, were particularly active, and it was a good idea to placate them. A saucer of milk or other offering was usually sufficient to keep their unwanted attention away.
Find a sacred place for yourself this Beltaine. Go find a well, make an offering to whichever god you hold in your heart. Ask for blessings and a fruitful season. Offer a prayer for your own bounty and others’.  Honor the spirits of the land that keep us alive.

Legacy of Luck – Historical fantasy set in 1745 Ireland and Scotland. Prequel to Legacy of Truth.

The Enchanted Swans – Historical fantasy set in 500 BCE Ireland, based on The Children of Lir, an Irish Fairy Tale.

Stunning, Strange and Secret: A Guide to Hidden Scotland